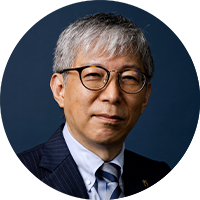 2022年04月18日
Engagement Begins with Creating a Space
2021年12月20日
What Does the Journey of Coaching Bring?
2021年08月23日
What are the Crucial Questions for Building a Sustainable Organization?
2019年10月15日
How Innovation was Brought about by Nyquist
2019年09月09日
How to Make an Organization Survive for 100 Years with "Anti-fragile"