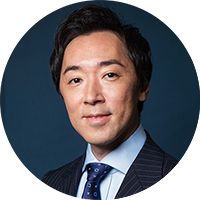 Sou Uchimura majored in physics and philosophy in the School of Engineering at Rensselaer Polytechnic Institute in the U.S. He served as the project manager of multiple large-scale system development projects, as assistant to foreign officers in the consulting departments and as manager in the in-house operations department at IBM Japan, Ltd. He worked in cooperation with numerous overseas partners in those system development projects and led many projects to success. In addition, he was involved in the corporate management of global companies as a member of the management team when in charge of in-house departments. Furthermore, he participated as the Japanese representative in a global cross-organization reform project in IBM. Later, he joined COACH A.