How do We Change the Future After We Understand Each Other's Assumptions? 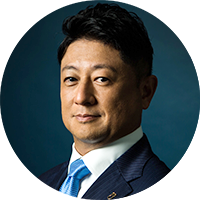 With spring just around the corner, the season of personnel transition is upon us in Japan. While some are excited about their new roles, others are anxious about building new relationships. Those who experience personnel transitions will be weaving their way through various scenarios ahead.

John*, my client, was assigned as the president of a Singapore-based large scale business in April three years ago. Upon his arrival, he was relieved to find a friendly, family-like atmosphere among the staff, but at the same time he felt an inexplicable sense of uneasiness and wondered if he could live with his current assignment.

"I am grateful that the management team has built a culture in which employees feel safe and secure at work. However, I found that employees were too relaxed and comfortable with each other in many situations. I often see situations in which they pretend to turn a blind eye in order to avoid conflict."

John, who realized with his keen eyes that the urgent issue was to recover from the delay in the technology field, began to perceive the executives as being content with the current level of profits and lacking a sense of urgency. Even though he had just been assigned to the new position, he told the executives firmly that they needed to take urgent action to make up for the delays. John had a strong sense of responsibility as the president.

However, the executives strongly opposed John, since they felt that John had come out of nowhere and opposed what they had been doing, even though he did not know much about them or the state of the company. For John, he wanted to improve this situation to expand the business at this branch, however, his staff was drifting away from him, and John did not know what to do about it.

Employees are Drifting Away From the Company

I imagine it is not rare to have similar experiences like John after becoming the leader of a new organization. When trying to change anything for growth, we tend to focus on the challenges. It is rather easier for us to find what is not working well and focus on improving it. It seems to be the first step to start.

We could say that it is the "right" approach. But what would you feel if you were on the receiving end? If someone was continually pointing out your issues? You might feel as if your past is being denied. It may rob you of your confidence and you may begin to put more energy into asserting your rightness. It will become difficult for you to build trust with the other person, and gradually your feelings will drift away. Have you experienced something like this before?
The desire for growing the company is the same for both the CEO and the employees. In global markets, it is the same for both the local and Japanese employees. When you want to make your company even better, what will be the real changes you need to make?

Is it a Problem in the First Place?

I do not mean to suggest that we should stop looking at challenges. I would say that when things are not moving the way we want them to, we can see it as the perfect opportunity to take a pause and think.

John and I, as his coach, began a dialogue like this;

While repeatedly asking himself the same above questions, John began to take time with each of his executives to share and discuss his thoughts and feelings. Through the journey of the dialogue, he came to realize that the executives had been told all their lives that they must not make mistakes. It was a very different premise from John, who had built his career in an organizational culture where "if you do not take on challenges, there will be no tomorrow."

Reality exists in as many versions as there are people.
Everyone views the world in his or her own way. Each view is constructed based on one's own experiences. Since we all have walked different lives, it is not a surprise that we perceive the world in our own different ways.

The world the other person perceives, may not be the same as the world you perceive. When we forget these facts, then conflict has a negative impact. If both parties believe that both of them know the right answers, the rift will only deepen. Even if they reach a compromise, there will be a high possibility that some kind of uneasy feeling will remain.

Start by Understanding Each Other's Arguments and Assumptions

You will never know it without asking the other party.
When someone has a different point of view, first listen to them without denial. Then, ask them to share their assumptions about why they think the way they do. At the same time, tell the other person about your argument and premise. Ask how the other person received them. This process is also a process of becoming aware of one's own assumptions at the same time.

Then, you can go back to the original purpose and search for new meanings together. It may sound idealistic, but I believe that a rapport of trust is built through this kind of interaction.
Instead of trying to find and change the issues, we first try to change the way we relate to each other. By doing so, your options for growth can be expanded greatly.

How much are you trying to know about the world others see?
What benefits do you obtain by trying to prove that you are right?
What kind of relationships are you creating with people around you in order to be aware of the assumptions you bring to the table?


*names have been changed to maintain confidentiality.

Is there any comment after reading this article? Result of vote
< Previous Article Do You Have Any Misconception About Coaching？
Next Article > Engagement Begins with Creating a Space

Hiroshi Mochizuki has graduated from Keio University, Department of Political Science. He completed an MBA at Aoyama Gakuin University Graduate School of International Management. He thereafter spent more than 20 years engaged in global business in the provisions division of a general trading company. His responsibilities included planning operations, partnership/investment negotiations, management strategies, business management, etc. He even obtained a business model patent for an initiative that visualizes Japan's food distribution. During his overseas assignment, he collaborated with local and foreign companies to develop new markets and create investment opportunities. After returning to Japan, he built a global network of partners, and expanded the company's range of operations. Through this all, he gained experience with management strategies, organizational management in a global cultural environment, and negotiation in over 20 countries. This engendered an ability to build relationships between the growth process of managers and their surroundings, and a strong interest in behavior modification.