How Innovation was Brought about by Nyquist 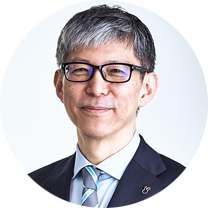 The center of innovation in the world in the first half of the 20th century was the Bell Laboratories in New Jersey, USA.

There was a person who analyzed the characteristics of the 10 researchers who obtained the most patents in the laboratory to explore how these technologies were invented.

I came to be so curious about these results.

Just One Phenomenon Shared by Researchers with Many Patents

It was found out that there was just one phenomenon shared by those 10 researchers.

It was not expertise, ability, experience or knowledge. They shared just one phenomenon. That was their habit of eating lunch with a quiet Swedish engineer called Harry Nyquist in the laboratory cafeteria.

It was not the case that Nyquist was a super-genius engineer who gave them various ideas and wisdom. Nyquist himself greatly contributed to telegram and feedback amplifier technologies. Nevertheless, he did not stand out at Bell Laboratories where unique and eccentric genius scientists had been brought together. Rather, he was someone rated as a person with common sense who could be relied on.

What did Nyquist do for them?

Everyone who had a connection with Nyquist admitted he had two major characteristics.

One of those was a gentle personality. People felt a strong sense of security when they were with him. It seems that it was possible for them to feel that he was concerned about them.

His other major characteristic is that he liked asking questions more than anyone else.

Why Do People Need a Sense of Security?

Human beings are social animals in the first place.

We are animals that find it difficult to live alone.

Perhaps Nyquist was conveying to his fellow researchers that he accepted them and that they were important people through his relationship with them at Bell Laboratories.

What kind of communication creates a sense of security with the other party?

As you can see, it appears that the source of these gestures and connections cannot be produced naturally if you have no interest or respect in the other party.

Relationship between Sense of Security and Innovation

Next, how does a sense of security lead to innovation?

When a person recognizes there is a danger he/she may not be accepted, he/she enters "fight or flight" mode.

There is no longer any opportunity for that person to demonstrate thinking and creativity to come up with new things.

The British development psychologist, John Bowlby, advocates the concept of a "secure base."

When people have a secure base to support them, they develop the desire to take on challenges involving unknown things and new things.

Nyquist asked engineers diverse questions with a strong curiosity based on the sense of security built up in his relationship with them. Furthermore, he did it while eating lunch with them.

He no doubt occasionally asked questions that appeared challenging. However, probably there wasn't any sense of tension or unnatural fervor in a negative meaning there. This would have led to the beginning of new realization in the engineers and ignited their motivation.

Innovation is required in all areas to increase the competitiveness of companies.

Nevertheless, it can be also said that seeking even more rapid, dramatic reform and innovation leads to many reforms undergoing setbacks and failing.

Such setbacks occur as a result of only prioritizing urgent and excessive requests rather than providing a solid sense of security as Nyquist did.

Nyquist's attitude is exactly the same as the one of a "native coach."

Be a good listener. Be good at asking questions. This leads to the birth of new ideas in other parties and encourages them to act.

Nyquist's attitude and the way he interacted with people may provide a hint of something that causes innovation.

Is there any comment after reading this article? Result of vote
< Previous Article Overcoming Executive Overwhelm
Next Article > What Should I Do to Increase My Repertoire of Ques…