What Should I Do to Increase My Repertoire of Questions? Learn Your Tendency with a Three-choice Question 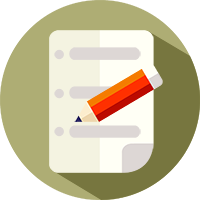 Have you ever hesitated over what question to ask a subordinate right in front of you during a meeting or one-on-one session?

"Would it be difficult for the other party to answer?"

"Have I asked the same question repeatedly?"

I suspect there are surprisingly more than a few people who proceed with conversation while having such thoughts.

Certainly, questions play an important role in changing the way in which the subsequent conversation unfolds. I think increasing your repertoire of questions is an effective way to ask questions as effectively as possible. This is similar to a weekend carpenter and his/her tools: the more types of tools - hammers, screwdrivers and saws - he/she has, the greater the possibilities of what he/she can make, would be.

This column is in the form of a workbook to increase your repertoire of questions.

Please choose the one that you would ask among the three questions.

I will then explain the intentions behind the creation of each question.

What to Ask a Subordinate Who Is Late for a Meeting?

Mr. Hagio, the Manager of the Sales Section, takes his eyes off his wristwatch and looks at the door to the meeting room. There are still no signs of John coming. Half a year has passed since their first one-on-one-weekly meeting. John sometimes shows up a little late. When he checks John's schedule on his PC, he sees that he had a business meeting with a customer until 3:30 p.m. John has a bad habit of making plans without enough time to spare.

It has been six years since John joined the company. He will soon be 30 years old. Although his proposals have a sense of what is being looked for, they are often not very detailed. It would be better if he could prepare in a more planned manner at his age.

When he looks toward the door, he sees that John is entering the room out of breath. He sits down in the chair facing his boss while lightly bowing his head.

"Mr. Hagio, here you go! It looked delicious at the station kiosk, so I bought it for you."

John puts a manju(Japanese steamed bun) wrapped in transparent film on the desk.

"If you had the time to buy this, you should have returned to the office sooner."

"I'm sorry. However, you like manju steamed buns, don't you?"

John smiles and takes out another manju steamed bun. It is no doubt for himself.

Although Mr. Hagio is exasperated, he also thinks that such amiability is probably the strength of John as a member of the sales team.

"Time management is a basic part as a business person. You should never be late for a meeting with a customer."

When Ms. Hagio removes the film of the manju steamed bun, its smooth top appears.

"That's not a problem. I calculates the time properly."

"Well then, how was your business meeting with the client?"

"It seems that they want to reduce their planned order a little. They didn't say anything about that in our last business meeting though."

"How much did they say they want to reduce their order by?"

"It will be 15% lower than planned. It is due to the impact of a large drop-off in exports."

Mr. Hagio calculates the effect of that in his head. A 15% decrease will be tough. However, it will not have a major impact on the department. It should be possible to cover it with other orders. However, it means that it affects on achieving Mr. Hagio's target for this term.

"Really? You should stay in contact frequently with them to be able to accept additional orders at any time."

"Yes. Nevertheless, it seems that there will be no immediate order in that atmosphere. I thought I would be able to obtain an order, so I did not expect that situation. I wonder whether I will be able to achieve my personal target for this quarter."

"What other customers do you have that you expect to obtain order from?"

"I can't think of any projects that will be able to cover this amount."

John thinks deeply while scratching the back of his head. After thinking for a short while, Mr. Hagio asks him a question.

What Question Would You Choose?

If you were Mr. Hagio and the boss of John, what question would you ask?

I will show three questions here. Please choose the one that most closely matches the question you are thinking of.

Let's look at the intention of each question in order.

Question A: John, What Ideas Do You Personally Have Now?

This is a question focused on independence of action in that it asks the other party to think for himself/herself.

The aim is to let the other party express any ideas he/she has without any assistance. Clearly conveying the subject with "Mr./Ms. XXXX" is intended to make the other party aware that it is his/her problem. Asking this question first encourages the other party to hold the independence by itself.

Question B: Who Do You Think Would Have an Idea of What to Do with This Matter?

This is a question to broaden the choice of actions in terms of involving others.

Its aim is to allow the answerer to make the judgment that the situation does not change only by thinking about it alone, but instead direct his/her attention to linking up with other people. Repeatedly asking questions that imply the existence of a third party can increase the choices of action for those who tend to solve only by themselves.

Question C: What Have You Learned as a Member of the Sales Team from the Lesson of This Situation?

This question emphasizes development of capability in a long-term perspective without seeking a solution for the problem one time only. This aim is to let the other party utilize this problem solving in the future. For example, we can expect that it might improve the capability of facing the risk by making a plan that can anticipate the possibility that sales might not go as expected.

Are There Other Questions You Could Ask?

The three questions are based on different intentions - independence of action, action choice and ability development.

It is also possible to think of the materialization of plan, objective thinking and unconscious manifestation as other possible intentions.

There are no good or bad question tendency or intention. However, there is a big difference in whether or not the person asking the question does so without thinking about his/her intentions.

That is because the questioner may be swept away with the unconscious tendencies he/she has and ask biased questions if he/she is not conscious of his/her intentions.

For example, a person who puts more emphasis on speed will ask many questions about time, deadlines and immediate effectivity: "What will the impact be on the delivery time?" "How can we do that faster?"

What tendency do you have in your own question?

You may not be accustomed to asking questions with a new perspective. However, you can create fresh conversation with other party by asking new question.

Is there any comment after reading this article? Result of vote
< Previous Article How Innovation was Brought about by Nyquist
Next Article > Manager and Coach: Making Both Work for You