How To Face Problems With No Answers 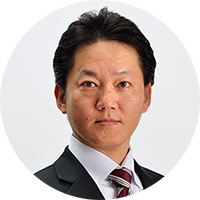 In our coaching engagements in China, it is not uncommon for Japanese executives to bring topics of how to support local leaders to achieve their goals.

The other day, my newly started client, Tom, brought up a topic as follows:"I have a mid-level Chinese leader who set his own goal to be promoted, but I find it practically difficult to achieve it with him. How should I respond? "

This local leader has been working in the company for a long time and is usually diligent in his work. However, due to the limited size of the Chinese branch of that company, there was no post available for promotion. As a result, he was not promoted for a long time until now.

On the other hand, given the competitive circumstances to keep talents in China, Tom has been constantly worried about what could keep the local leaders motivated under this situation.

Indeed this topic is very real for not only Tom but a multitude of subsidiary Japanese companies in China.

Thinking Together, Not Rushing to Get Answers

Another client of mine, let's call him John, brought up a very similar situation in coaching. Although John's Chinese subordinate has only been working for the company for a short time, he is very diligent, passionate in learning and has delivered results. His salary increase was given according to his top rank evaluation results. However, the subordinate was not satisfied with the rate of increase. Changing the salary range regulations in the organization is not easy, and there are risks involved in making exceptions just for him. Therefore, John wanted to know what he should do to keep his subordinates motivated in an environment where there is nothing he can do immediately.

I frankly shared with John that "Is there an "answer" to this question in the first place? "
We then tried to explore the dialogue with John with following questions:
"How do you tend to deal with problems that have no immediate answers?"
"What assumptions do you have behind your tendency?"

John paused for quite a while and finally said, "When there is an assumption that I have to think under the company's rules and policies, I do not feel I have dealt with it properly, thinking that I have no control over it. First, I would like to talk to my subordinates without this assumption."

John decided to put this assumption aside and had a dialogue with his subordinate .

"What do you want to get out of your job?"
"How much are you aiming to earn?"
"When do you want to achieve it?"
"Who will you be growing into bythen?"

During our dialogue, his subordinate started from a vague image of what he wanted to achieve but then started to talk about his specific vision, "In three years, I will earn RMB 1 Million (about 16 million yen) per year, which would be five times of what I earn now."

John could not help thinking "despite the rising salary range in China, an annual salary of RMB 1 million in three years, is not easy to achieve. Moreover, it is almost impossible in this company!".

Nevertheless, John continued the dialogue with the subordinate on what are the capabilities and resources he would have acquired when the goal is achieved, and at the same time what value is providing to the company instead when he is making RMB 1 million. .

John put aside the assumptions he had previously made and kept talking with him.
There could have been a risk of the subordinate thinking that , he cannot accomplish it at this company and choosing to leave. However, through the dialogue, this subordinate came to have a clear image of his goal of "RMB 1 million" and began to think of all of his current jobs as steps toward that goal. As a result, his subordinate became more motivated and began to think more about what he could do in the current organization.

By not rushing to a right answer, John made a breakthrough in his relationship with the subordinate..

Negative Capability in the VUCA World

The ability to endure unanswerable and unmanageable situations.
The ability to be in the midst of uncertainty, wonder, and doubts without hastily seeking proof or reason.

In addition, he says that negative capability is not easy to equip because when we find something incomprehensible, mysterious, or unfavorable in front of us, our brains become restless and reluctant and in order to prevent this state of confusion, our brains try to give meaning to the immediate event to achieve a state of understanding.

However the reality is that there are many situations in today's society that cannot be dealt with in a straightforward manner. In such situations, it is one of our abilities to be in the state of uncertainty, wonder, and doubtswithout rushing for answers.

And one of the ways to make this practice possible is through dialogue to enable collaborative thinking with our surroundings. How ready are you to navigate the world with no right answers?

Is there any comment after reading this article? Result of vote
< Previous Article The 5 Pillars To Support Trust In Leadership - Par…
Next Article > The Current Communication Leads the Way to the Fut…

In Shanghai, he is currently managing several organizational transformation projects for Japanese companies in Shanghai, focusing on improving cross-cultural management skills of Japanese expatriates, developing leaders for the next generation of executives, and cross-organizational communication. With the belief that there are no natural born leaders, his coaching aims to help clients self-recognize stereotypes and preconceptions, embrace diversity, and produce performance-driven leaders who will drive the workplace.