The Current Communication Leads the Way to the Future 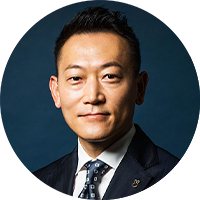 John's goal is to build a co-creative organization where all employees can work together to create the future. His concept of co-creation is that the output can be more than the sum of its parts. However, he feels the culture of his company is the exact opposite of co-creation.

The CEO of the company came from the corporate side before John was assigned to be the president. Due to this background, employees tend to;

In other words, the tendency of the entire company was to be aligned with only one person, the CEO.

After discussing with the management team about the ideal organization they wish to build, John and I started the coaching journey with the theme of, "how to improve his own leadership skills to achieve the goal". However, after several coaching sessions, John showed up with an uneasy expression on his face saying "No matter how many times I try to deliver my message, the management team does not understand it."

What is Behind "No Matter How Many Times I Say It, They Do Not Understand It"?

I just wonder what is behind the reality. I asked him, "John, what kind of feeling do you have whenever you say, 'No matter how many times I say it, they do not understand it'?" At first, he looked at me as if he wanted to say something, and then he said with a bitter smile.

"I wanted them to just go along with it without questioning me. I feel like I have been acting the same way as the CEO, even though I wanted to have co-creation with them."

John continued, "In fact, that expression often comes up in the management team discussions, so I feel we really have to be the one to change first in order to become a co-creative organization."

If Communication Doesn't Change, People's Awareness and the Organization Does Not Change

John's words reminded me of COACH A's philosophy of organizational development.
"If communication does not change, neither people's awareness nor the organization will change."

The same act of acknowledgement can vary in behavior depending on how you perceive it. In other words, if your perception does not change, your behavior will never change. Given those assumptions, we need to think about how our perceptions can change our way of communication.

Reflect on Your Own Communication

In order to achieve John's vision of an organization, I assumed it would be essential for him to reconsider the communication within the organization. I suggested the entire management team do the same, and to do it during the executive training camp. John then modified the agenda of the training camp to include reflection on their communication instead of discussing the mid-term management plan.

On the first day of the camp, John announced to his management team members:

"This camp was originally planned to think together about the future of our company. However, I think we need to take a step back to our current situation before talking about our future. That will inevitably lead to a brighter future. Let's leverage this executive camp as an opportunity for us, and including myself, to change for the future."

During the camp, all the board members spent a whole day reflecting on their own communication through dialogues along the following themes.

After the camp, the following comments were received from the executives.

According to John, they came up with changes on communication in the meetings after the camp. In the past, when a proposal was submitted, only several options would be offered for the management team to select. However, recently they have changed and would come up with more situations and the management team would instead ask the person in charge, "What do you want to do in this case? " before making the decision.

John told me that he felt a big change from the previous corporate culture of "top management decides everything" to the one where each individual initiates toward a co-creative organization.

What kind of change do you want to create in your organization?
And what is the purpose of your communication?

Is there any comment after reading this article? Result of vote
< Previous Article How To Face Problems With No Answers
Next Article > What's the Best Investment You Can Make in Communi…

Yusuke Osada graduated from the Department of Political Science in the School of Political Science and Economics at Waseda University. He began his career working in sales with Shiseido Co., Ltd., where he was responsible for the implementation of solutions aimed at increasing sales at cosmetics stores in Kobe, Osaka and Tokyo. Osada made the management of staff motivation levels a main focus of his work after seeing first-hand the effect of staff motivation on sales. His experience also led him to wonder about the relationship between communication and work performance, and how performance could be maximized through communication. This interest brought him face-to-face with coaching, and with the desire to help business leaders as a professional coach, Osada joined COACH A in 2006.