What Generates Your "Curiosity"? 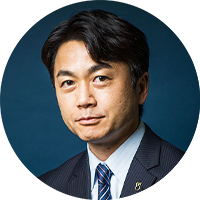 "I do not mind being coached, but I'm not going to change myself." Tom, the executive of a financial institution, told me at the beginning of our first session. "I have been told that I should listen to others, but to be honest, I do not feel comfortable doing so. I know the business better than the other employees. I never say this out loud, but this is how I really feel." It sounded to me that he was telling me his honest feelings.

Although Tom had received danger signals for performance targets several months ago via the employee survey, he did not indicate any curiosity about the results. The same kind of danger signals had been sent out before the Titanic sank, but there was no indication that the captain was curious about the situation or asked for additional information.

However, Tom changed drastically over the next several months and began to ask questions to the others on his own. It was not because he followed someone's advice to "ask more questions," but because a sense of "curiosity" emerged within him.
What exactly happened to him?

"I know what I am doing, and I am right."
Tom truly believed it. My role as a coach is not to disagree with it, but to explore with Tom the possibility of perceiving reality from a different angle. And Tom did not reject that process.

Salary raise/promotion, position/authority, success/failure, boss/subordinate...
The meanings and weight Tom gave to these words when he used them were often very different from the image I had towards these words. For example, Tom's interpretation of a "great person" sounded quite new to me. When I asked him what he meant by "great" and if that word had so much significance, and also told him that I could not sense it the same way, Tom seemed surprised.

We continued to share our thoughts about concepts that felt differently for each of us, in an unreserved and open-minded manner.

When Is Curiosity Generated?

One day, Tom said,"I am sometimes surprised when you tell me 'I do not think that way, I have a different perspective' during our sessions, because I used to think that if something was so true for me, everyone else must be thinking the same way that I do. Through our coaching journey, I started thinking that I might have had many assumptions."

We continued dialogue, continuously sharing our different perspectives. Tom gradually began to ask me "What do you think of this?". He had never done this before. I came to notice that Tom started showing a new curiosity that I had ever seen before.

People say that curiosity is generated when a person lacks understanding about something, or when a person starts to understand something (*). For example, when we do not know anything about a topic, we might become unsettled, and want to know more about this topic. This might be the same mechanism behind Tom asking more questions.

"In the past, I did not have any curiosity to listen to my team members at all. However, after I started talking with my coach, I gradually realized that I did not know how they observed me, and I became interesting in asking, 'How do you observe me from your point of view?'"

With each session, Tom began to talk about what he was experiencing and what he was discovering with more excitement. He also told me that this feeling came from his genuine "curiosity".

"Curiosity" is something that is innate in all of us, but we know that it actually diminishes when there is a lack of understanding or comprehension. In other words, when we fall into the extremes of overconfidence or lack of self-confidence, our curiosity diminishes. And it is said to be at its best in the in-between state of "exquisite uncertainty"(*).

"I feel that this concept of 'curiosity' and the presence of a coach are somehow interrelated." Tom said.

It is said that when people are supported by fulfilling interpersonal relationships, they naturally become curious about their surroundings, and begin to explore.

It made some sense to me. When the stability of fulfilling relationships and the instability of dialogue that brings different perspectives converge, "exquisite uncertainty" appears, and curiosity, which is the fundamental point of change, sprouts, naturally igniting a journey of exploration.

Is there any comment after reading this article? Result of vote
< Previous Article Engagement Begins with Creating a Space
Next Article > What Will Be Generated Beyond Your Self-Awareness?

Wataru KURIMOTO, MCC, is an executive coach providing coaching to more than 200 executives over the past 15 years including CEOs and other C-level executives in listed companies in Japan and their overseas subsidiaries. Wataru specializes in designing organization coaching with C-suites that aim not only at individual executive's success but also creating desirable impacts to entire organizations.
His recent track records include supporting a cross-border Post-Merger Integration project of a large chemical company by designing and implementing coaching to the newly-formed executive team.

In COACH A Wataru serves as the director of Overseas Business Development and he leads multi-national teams to drive new coaching and OD initiatives to truly accelerate Japanese corporations to win in a global context. His leadership experience enables him to synchronize the struggles and hence sense of urgency with his executives clients, which forms a deep-rooted trust from with clients in coaching relationships.
Towards advancing organizational success, Wataru’s emphasizes on continuously developing the self-awareness of executives as well as building their relational intelligence to transform their engagement approaches with the key leaders around them. Often times the executives quickly and effectively engage their leadership team with heightened level of accountabilities and unity.