What Will Be Generated Beyond Your Self-Awareness? 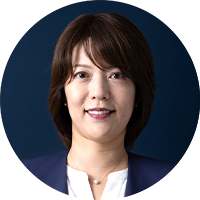 "I am not interested in any promotion."
"At my age, coaching will not change anything about me."
Whenever I receive these words from any client, I take it as an indicator that I have not established a rapport with that client.

What is the reason that client told me this?
What are the feelings and values behind these words?
What do the work situation and the relationship between the client and others look like?

Is It Really True in His/Her Mind That "I Am Not Interested in Any Promotion"?

Shortly after I started my career as an executive coach, I was assigned to coach a corporate executive, Michael. He was older than me, and also more experienced in business. Given that situation, I attended the first session with him without any confidence.

Then, he asked me, "How many years have you been a professional coach?"
I replied, "I started my career as an executive coach recently."
He said, "I see. You are not an experienced executive coach yet."
Michael ended up saying to me, "Well, I do not think coaching at my age is going to change anything about me."
I was so frustrated by the way he spoke to me, so working with him put a lot of pressure on me. Since then, I could not devote myself fully to the onwards coaching sessions with him.

At the next session, Michael showed up late without notice, and the third session was rescheduled by him at the last minute. He kept saying, "I am not interested in promotion any more, so, why was I nominated to receive coaching?"
Those unmotivated remarks gave me the impression that he was not a suitable client for me to coach.

He looked quite unpleasant on my first impression. I wondered why he was so unmotivated even though he was such a capable person with high expectations in his firm. I also wondered if he might think that having any sessions with me would be meaningless to him, or if he might think I was not a suitable coach for him.

However, I wondered whether it was the right way to go. If I wanted Michael to recognize me as a partner, I should first recognize him as a partner, too. With that in mind, I boldly told him when we were about to end a session,
"I feel that there were many unmotivated remarks in your story. I feel like you are saying to me, 'If you can change me, try to change me, Yuko.' I do not have enough executive coaching experience yet, but I have tried to be professional at every single session with you. What are your observations of me so far, Michael?"

He looked at me in surprise and said, "Of course, I respect you as a professional coach. It seemed to me that you had a hard time coaching me. Given that observation, I was trying to make things easier for you, but I now realized that my words sounded unmotivated to you. My intention is not that at all."

I was relieved to hear that from him, and came to realize that it was me who did not respect him as my client.

I had assumed that Michael was not easy to get along with. I did not try to listen to what he was truly telling me in the first place. I interpreted his story with my bias and somehow labeled him. Late arrivals and rescheduling may have been a result of my attitude towards him. I confessed to him that I was overwhelmed by the responsibility of coaching him. I wanted to be recognized as a professional coach, and my ego blocked me from listening and understanding him with curiosity.

Michael calmly began to tell me, "I am a strong believer that as a board member, I should have a reliable measure of what I should do next. I have had success so far with this approach, so I expect my staff to do the same. But the environment is evolving, I sometimes wonder if it would be better to take an alternative approach. On the other hand, I assume that my staff cannot come up with any new ideas by presuming that I will not accept them. Given that thought, I cannot believe that I can change at my age even though I get coached."

After acknowledging each other's perspectives, we came to be able to talk about our vulnerability. After that, the coaching between us became lively and enjoyable. He also started to be able to build relationships with his employees and talk to them candidly.

Mutual trust is essential to the relationship between coach and client. It also applies to any relationships between supervisors, subordinates, and colleagues within any organizations. Even when you spend long hours working together, it does not mean that you can communicate openly.

Many executives said in coaching sessions, "I want to build a strong organization that drives transformation and innovation."

I believe we need to build trust within an organization as the basis for that to happen.

Trust can be built on mutual respect. Respect starts with listening to what is behind the words and actions of others.

4.1 (The coach) seeks to understand the client within their context which may include their identity, environment, experiences, values and beliefs

4.6 (The coach) demonstrates openness and transparency as a way to display vulnerability and build trust with the client

This applies not only to the relationship between coach and client, but also to all relationships. Trust is not a one-way relationship, but is built mutually. It may never be generated by just a pleasant conversation.

Do you respect the person in front of you?
Why don't you step forward into a relationship of strong trust with that person?

Is there any comment after reading this article? Result of vote
< Previous Article What Generates Your "Curiosity"?

Graduated from Yokohama National University, majoring in Business Management. US Certified Public Accountant. Worked at PricewaterhouseCoopers Aarata LLC, where she was engaged in auditing and advisory services for financial institutions. She then worked as the Head of the Corporate Planning Department in a major aesthetics company, where she successfully strengthened the internal control and compliance systems. She also contributed to the execution of the mid-term business plan through innovation in sales strategy, as well as new business planning and management. After the acquisition of a new business, she took on the role of General Manager of the business division. She joined COACH A, believing that coaching is an essential investment for top management. She has provided executive coaching to top management in the service and manufacturing industries that operate globally.